Theatre & Film at The University of Mississippi

Theatre & Film produces 4 shows a year representing a variety of forms and eras with at least one production each season being a major musical. The primary mission of Theatre & Film is to bring quality experiences to departmental students, the University community and the area at large through the production of culturally relevant works. Join our mailing list.

We are grateful for the support of our patrons and donors. You can support Theatre & Film and the work of our student actors, designers, filmmakers, and technicians by becoming a season ticket holder (UM Box Office) or by donating directly to the department. 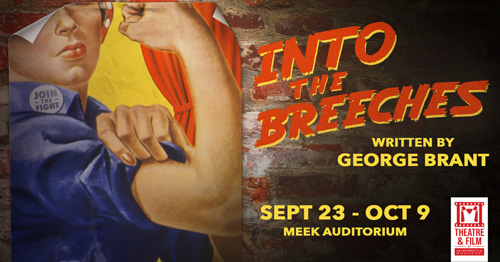 Oberon Play House’s director and leading men are off at war with the Axis. Determined to press on, the director's wife sets out to produce an all-female version of Shakespeare's Henriad, assembling an increasingly unexpected team united in desire, if not actual theatre experience. Together they deliver a delightful celebration of collaboration and persistence when the show must go on! 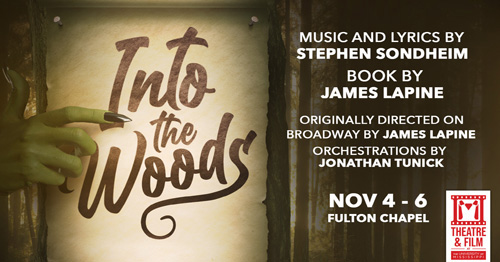 James Lapine and Stephen Sondheim take everyone's favorite storybook characters and bring them together for a timeless, yet relevant, piece... and a rare modern classic. The Tony Award-winning book and score are both enchanting and touching.

The story follows a Baker and his wife, who wish to have a child; Cinderella, who wishes to attend the King's Festival; and Jack, who wishes his cow would give milk. When the Baker and his wife learn that they cannot have a child because of a Witch's curse, the two set off on a journey to break the curse. Everyone's wish is granted, but the consequences of their actions return to haunt them later with disastrous results. 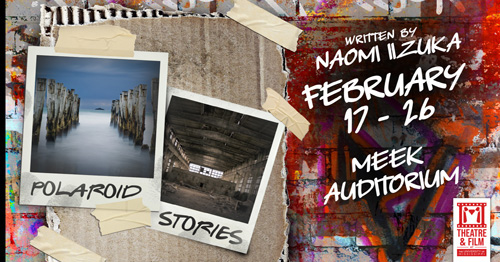 A visceral blend of classical mythology and real life stories told by street kids, Naomi lizuka's Polaroid Stories journeys into a dangerous world where myth-making fulfills a fierce need for transcendence, where storytelling has the power to transform a reality in which characters' lives are continually threatened, devalued and effaced. Not all the stories these characters tell are true; some are lies, wild yams, clever deceits, baroque fabrications. But whether or not a homeless kid invents an incredible history for himself isn't the point, explains diarist-of-the-street Jim Grimsley. "All these stories and lies add up to something like the truth." Inspired in part by Ovid's Metamorphoses, Iizuka's Polaroid Stories takes place on an abandoned pier on the outermost edge of a city, a way stop for dreamers, dealers and desperadoes, a no-man's land where runaways seek camaraderie, refuge and escape. Serpentine routes from the street to the heart characterize the interactions in this spellbinding tale of young people pushed to society's fringe. Informed, as well, by interviews with young prostitutes and street kids, Polaroid Stories conveys a whirlwind of psychic disturbance, confusion and longing. Like their mythic counterparts, these modem-day mortals are engulfed by needs that burn and consume. Their language mixes poetry and profanity, imbuing the play with lyricism and great theatrical force. 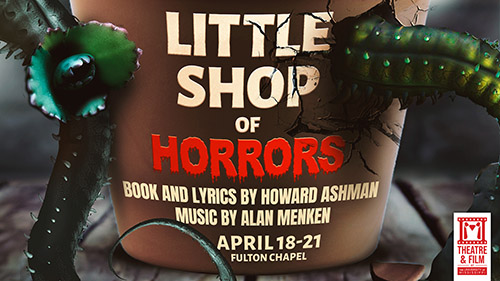 A deviously delicious Broadway and Hollywood sci-fi smash musical, Little Shop Of Horrors has devoured the hearts of theatre goers for over 30 years. Howard Ashman and Alan Menken (Disney's The Little Mermaid, Beauty And The Beast, and Aladdin) are the creative geniuses behind what has become one of the most popular shows in the world.

The meek floral assistant Seymour Krelborn stumbles across a new breed of plant he names "Audrey II" - after his coworker crush. This foul-mouthed, R&B-singing carnivore promises unending fame and fortune to the down and out Krelborn as long as he keeps feeding it, BLOOD. Over time, though, Seymour discovers Audrey II's out of this world origins and intent towards global domination!