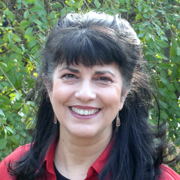 Since 1993, René Pulliam has been head of the BFA program in Musical Theatre at the University of Mississippi. She received her BA in Music from Whittier College in 1972 and her MFA in Dance/Choreography from Mills College in 1992. She has directed and/or choreographed hundreds of musicals across the United States, including the West Coast premiers of Smile, Closer than Ever, and Over Here. She has been awarded the San Francisco Bay Area Theatre Critics Award for her choreography on No, No Nanette and Good News. Her performance credits include television (The Carol Burnett Show), commercials (Dr. Pepper), and touring companies (The King and I, Godspell). She apprenticed with the late rhythm tap dancer Eddie Brown and has shared the stage with such tap legends as Honi Coles, Jimmy Slyde, Bunny Briggs, and the Nicholas Brothers. She is an Associate Teacher of Fitzmaurice Voice Work and has recently published her research, "Training the Musical Theatre Performer: Finding a Unified Breath," in the Voice and Speech Review.