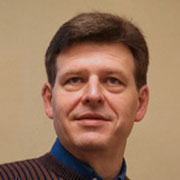 Dex holds an MFA in Directing from the University of Mississippi and has spent the last 15 years designing and directing nationally and internationally. During six years as resident designer at the Alliance Theatre in Atlanta, his designs won the Critics Choice Award three years in a row. Regionally, he has designed for theatres such as Milwaukee Repertory Theatre, Long Wharf Theatre, The Brooklyn Academy of Music, Indiana Repertory Theatre, Merrimack Repertory Theatre, Portland Centre Stage and the Sacramento Theatre Company. Outside the US he has designed for the Queen's Mill Theatre and the Winter Garden, both in Toronto, and at the Berlin Opera House. He served as Design Consultant for the 1996 Olympic Centennial Park and as Concept Designer for the 1994 World Cup Opening Ceremonies in the nation's capital. Prior to returning to Ole Miss in 1998, he received a Carbonell Award Nomination for designing the world premiere of Jimmy Buffet's Don't Stop the Carnival. His design of Much Ado About Nothing for Chicago Shakespeare won Chicago's coveted Jefferson Award for best scene design, and he also won the Boston Critic's Circle Award for his design of Miss Saigon at the North Shore Music Theatre. Commercially, his designs have appeared recently in both Las Vegas and Branson.