Ole Miss Theatre's production, The Laramie Project, to be showcased at the Region Four festival of the Kennedy Center American College Theatre Festival 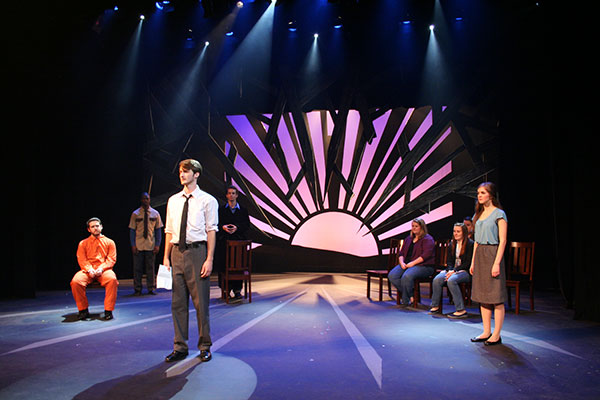 Members of Ole Miss Theatre will be a part of the 900 students and faculty from colleges and universities from Alabama, Florida, Georgia, Kentucky, North Carolina, South Carolina, Tennessee and southern Virginia when Hollins University and the Mill Mountain Theater hosts the Region Four festival of the 46th annual Kennedy Center American College Theater Festival (KCACTF) on Feb. 4-8. This is the fifth of eight consecutive, weekly celebrations of excellence and achievement in theater in higher education.

Individual participants and full-scale productions are eligible for awards in a number of disciplines recognizing excellence in the art and craft of theater. Individual awardees and representatives from selected productions will be brought to Washington, D.C. for an expense-paid trip to the national festival April 14-19 at the John F. Kennedy Center for the Performing Arts. A comprehensive listing of awardees will be announced in mid-March.

Ole Miss Theatre will showcase The Laramie Project, which kicked off the group’s “Beyond Boundaries” productions last fall, by Moisés Kaufman and fellow members of the Tectonic Theatre at the festival.

The Department of Theatre Arts appreciates the generosity of the following campus organizations whose support has made this trip possible: