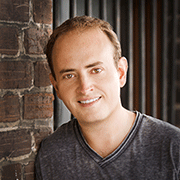 Micah-Shane Brewer is a director, actor, musical director, and vocalist.  He is an Assistant Professor of Musical Theatre at the University of Mississippi.  He received his Master of Fine Arts in Acting from the University of Tennessee and undergraduate degrees in both music and theatre from the University of North Carolina at Greensboro.  As an actor, Micah-Shane has appeared in diverse works like Doubt (Father Flynn), Sweeney Todd (Tobias), Spamalot (Sir Robin), Sunday in the Park with George (George), A Christmas Carol (Bob Cratchit), Our Country’s  Good (Sideway/Collins),  The Full Monty (Malcolm), Cats  (Munkustrap), Our Town (Stage Manager), Three Days of Rain (Walker/Ned) and more.  As a director, he was the Founding Artistic Director of Encore Theatrical Company in East Tennessee and has directed for other professional theatres in the region.  Some of his directing credits include Ragtime, The Bridges of Madison County, The City of Conversation, Follies, One Man Two Guvnors, A Christmas Carol, Cabaret, Noises Off, Into the Woods, Les Miserables, Inherit the Wind, Death of a Salesman, The Laramie Project and more.  He has also worked as a musical director, vocalist and pianist for concerts, cabarets and piano bars, including the popular Marie’s Crisis in New York City.  Micah-Shane served as a Lecturer at the University of Tennessee and adjunct professor at Walters State Community College.  He is an avid Sondheim fan, and his work has been published in The Sondheim Review. He is a proud member of Actors’ Equity Association.