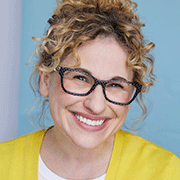 Christie Rotarius is excited to join the University of Mississippi Film and Theatre Department. She has been a working actor (under the stage name Christie Lynn Devoe) and voice teacher for over 20 years and has professional experience in the NYC, Seattle, Philadelphia, DC, and LA area markets. She has performed in theatre, opera, television, film, sketch comedy and improv. Favorite venues include Broadway's George Gershwin Theatre, Madison Square Garden, and the Original Improv Comedy Club. She earned a Master of Music Degree with an Advanced Certificate in Vocal Pedagogy from NYU, Steinhardt where she also taught as an adjunct voice instructor for several years. An experienced music director, Christie has worked in equity houses as both teaching artist and music director and especially enjoys music directing in educational settings. She is a Vocal Rehab Specialist with a Certificate in Vocal Health First Aid and works with a voice care team of Laryngologists and Speech and Language Pathologists to help professional singers and actors recover from vocal injuries. When working with singer-actors, she likes to combine detailed vocal technique work with acting through song training and musicianship skills to help create complete performers who have healthy voices and know how to navigate the business. Christie has been teaching in Seattle since 2016 as a private voice instructor, for Village Theatre, Seattle Children’s Theatre, and has been facilitating master classes and workshops through Play the Part - connecting local artists with Broadway professionals for affordable training. She has worked hard to create a sense of community and connection for her students who are currently performing on Broadway, Off-Broadway, at local and regional theaters around the world, on National Tours, as touring pop/rock singers, singer-songwriters, and on film and television and hopes to bring this same sense of community and connection with her to Ole Miss!